Celebrities whose primary profession isn’t adult film were omitted, like Kim Kardashian and Farah Abraham. Since this is based on views alone, it may include some actresses who aren’t even working any more, like Sasha Grey. Another caveat is that this is obviously based on the tastes of people who watch streaming video on sites like Pornhub, which might not be representative of the industry as a whole. For example, nude photography is a very popular genre, but most of these models don’t do photography, or aren’t the ones who are popular in that genre. Their videos are almost universally straight and hardcore.

Most of the measurements came from the Internet Adult Film Database. What they lacked I tracked down with manual searches, which often ended at Boobpedia, a site you shouldn’t be surprised exists, and failing that, usually the model’s bio page from a producer or her own home page.

I learned a lot about bra sizes while researching this. For example, I learned that cup size is not an absolute measurement; a 32C bra might be nearly the same as a 34B, despite both the band (the chest at either the ribs or above the breasts) and the cup being different. But I couldn’t find a good formula to quantize that. Women’s clothing seems to be very magical when it comes to sizing. In the end I decided just to go with straight cup size even though it’s not a 100% perfect picture of breast size.

The largest was Hitomi Tanaka, whose breasts are so large, and her band so small, it wasn’t even clear that she had an official size. Boobpedia gives several conflicting measurements, as a crowd of people who have glimpsed Bigfoot will. In the end I was led to her Instagram page, where she’d posted a picture of her tag for curious fans. It’s 32N in U.S. measurements, 32JJ in British. 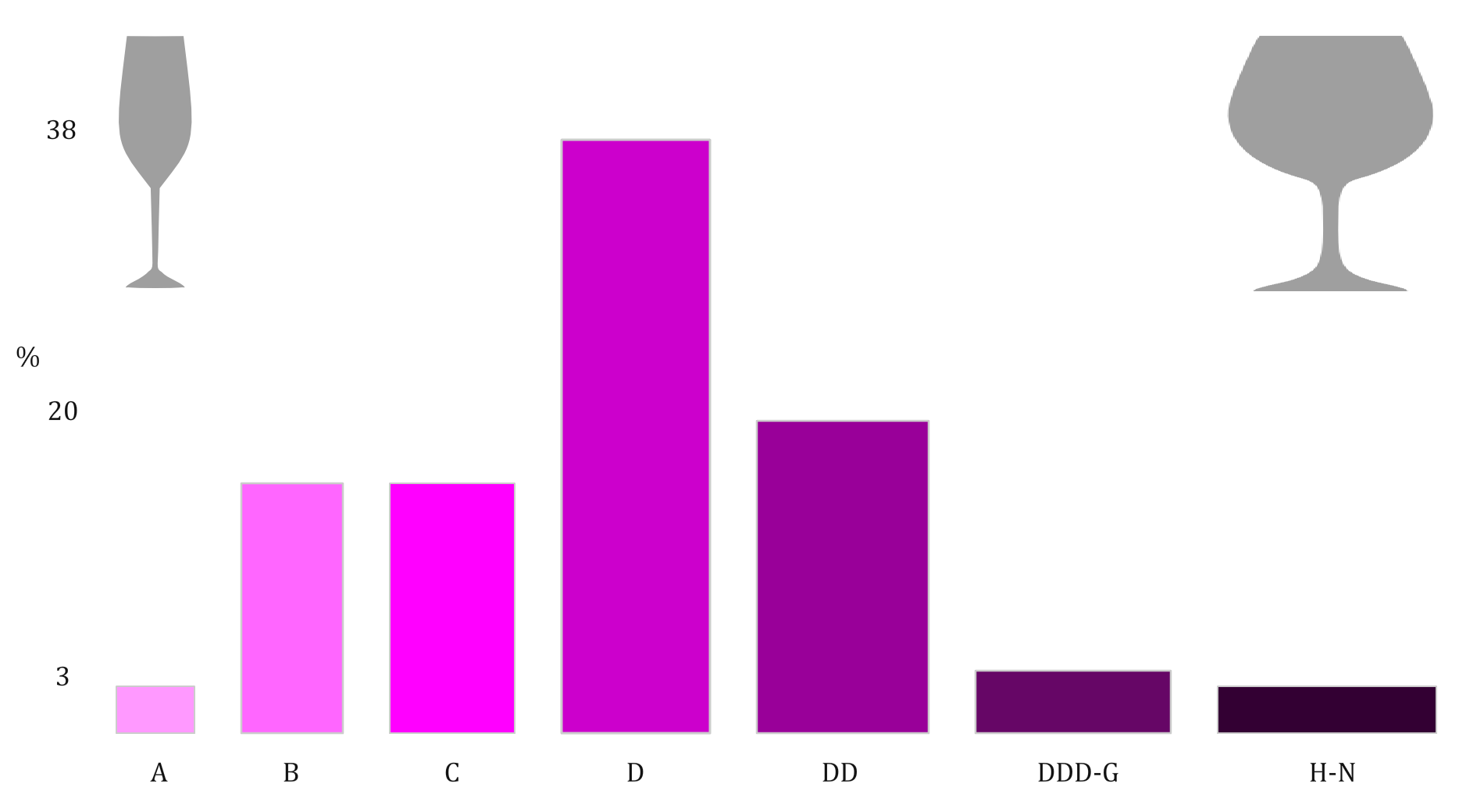 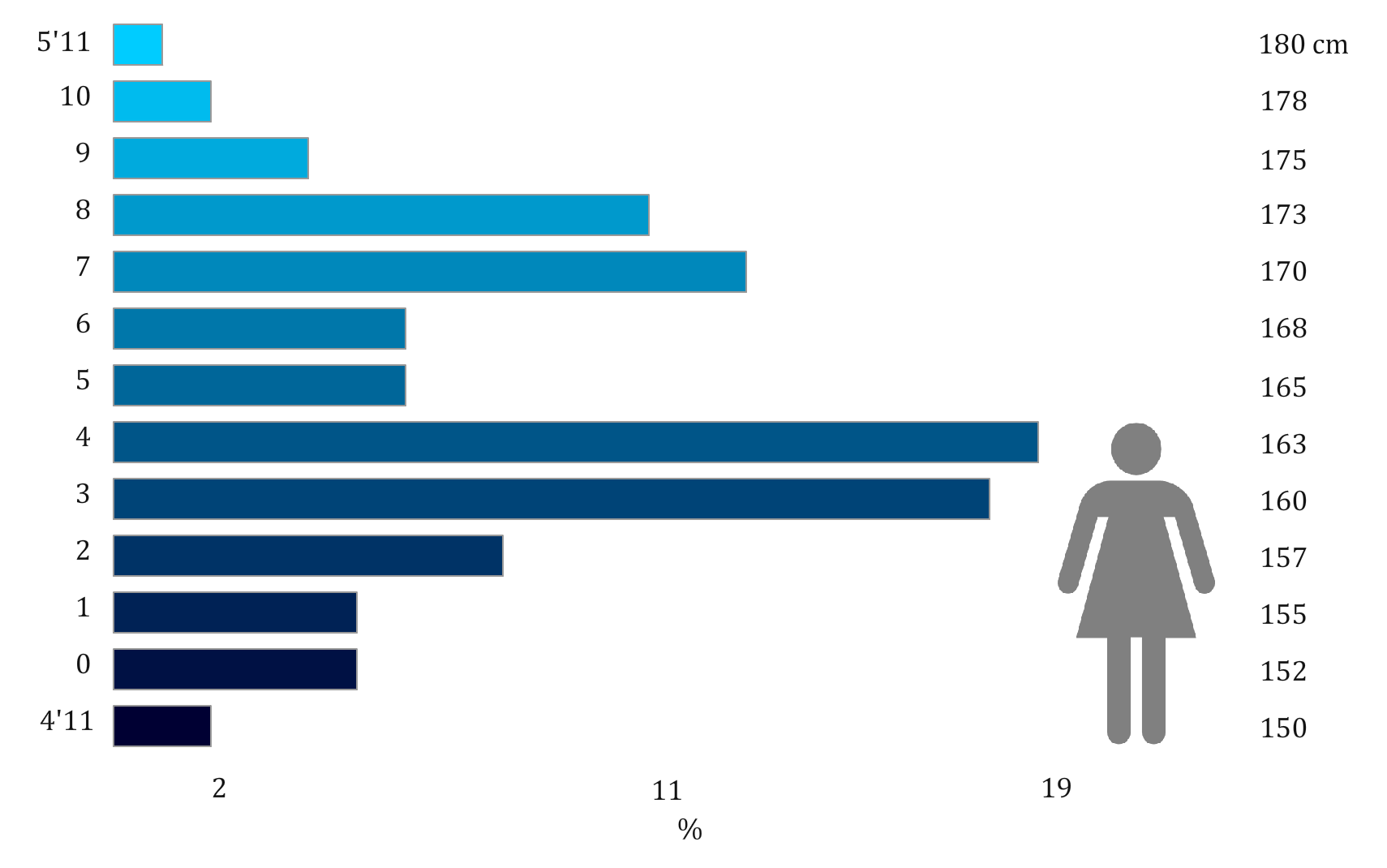 Weight is a nearly meaningless measurement when you have such a span of heights. Tori Black is 140lbs but thin, because she’s 5’9”. I went with Body Mass Index instead, or BMI.

I thought this would be a straight calculation of height divided by weight, but it’s actually slightly more complicated than that. The formula is (weight * 703) / height2. This gives you a number of around 15-40, with 18.5-24.5 considered normal and healthy. By this measure, only two of the girls came in as overweight: Cherokee D’Ass at 26 and Pinky at 31.

Quite a few, 26%, came in as underweight (the values in the chart are rounded, so “18” is actually the range from 17.5-18.49). It should probably also be noted that BMI is not a perfect indicator of weight health, although it’s chiefly faulted for not taking high muscle mass into account at the heavy end of the spectrum; my small amount of research didn’t turn up any debate about the lower end. 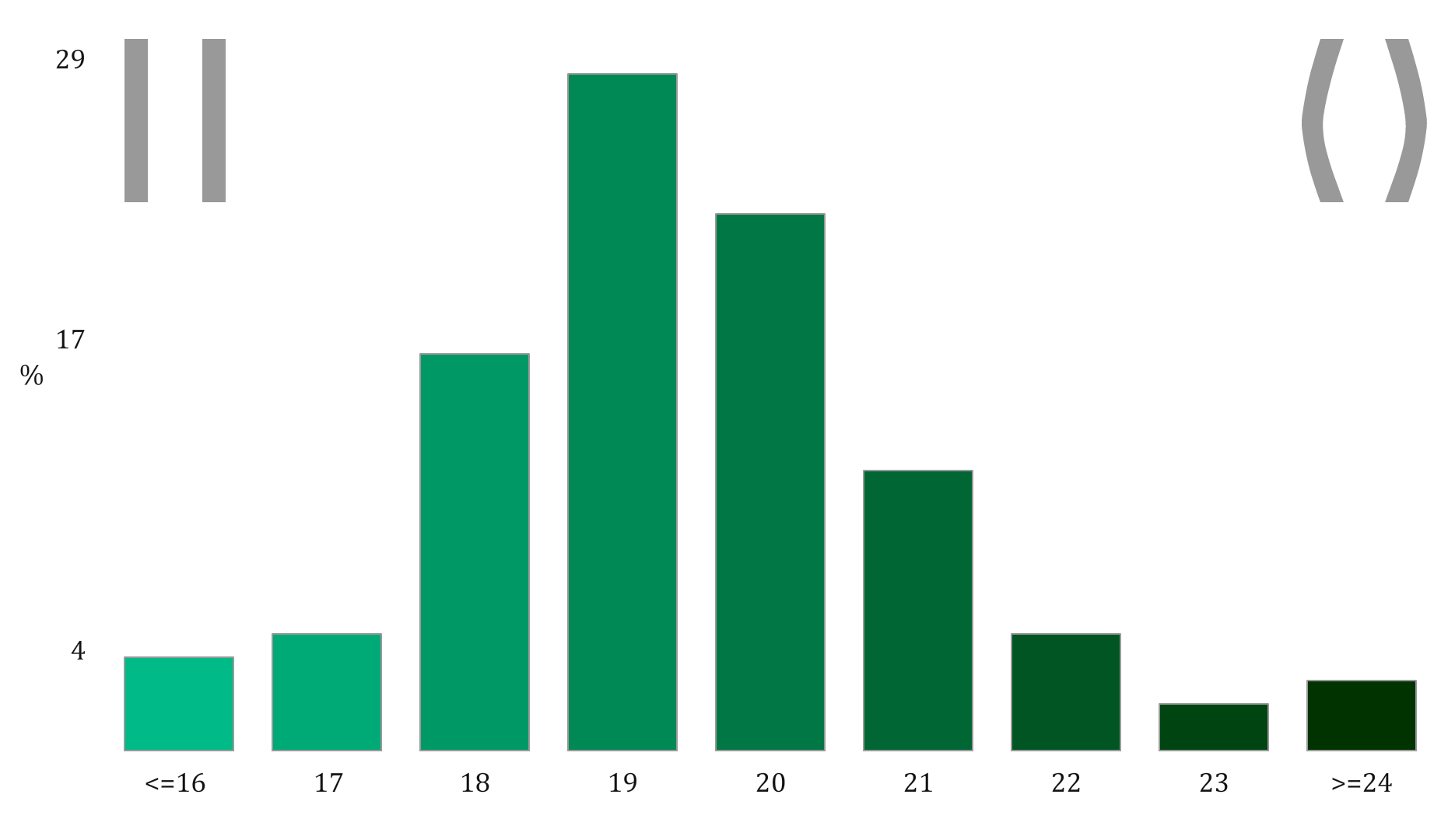 Similar to weight being useless unless height is considered, hip and waist size are less useful unless taken together. This is a straight division of waist by hip, with a smaller number being curvier.

I had trouble finding a number for the average female waist-to-hip ratio. The number .7 came up a lot as “ideal”. Unsurprisingly, these girls skew heavily towards the lower numbers, with only 15% coming in at over .75, and only 4% over .80. The lowest was again Cherokee D’Ass at .58, and now I’ve typed that name twice, followed by Lisa Ann and Holly Halston at .59. 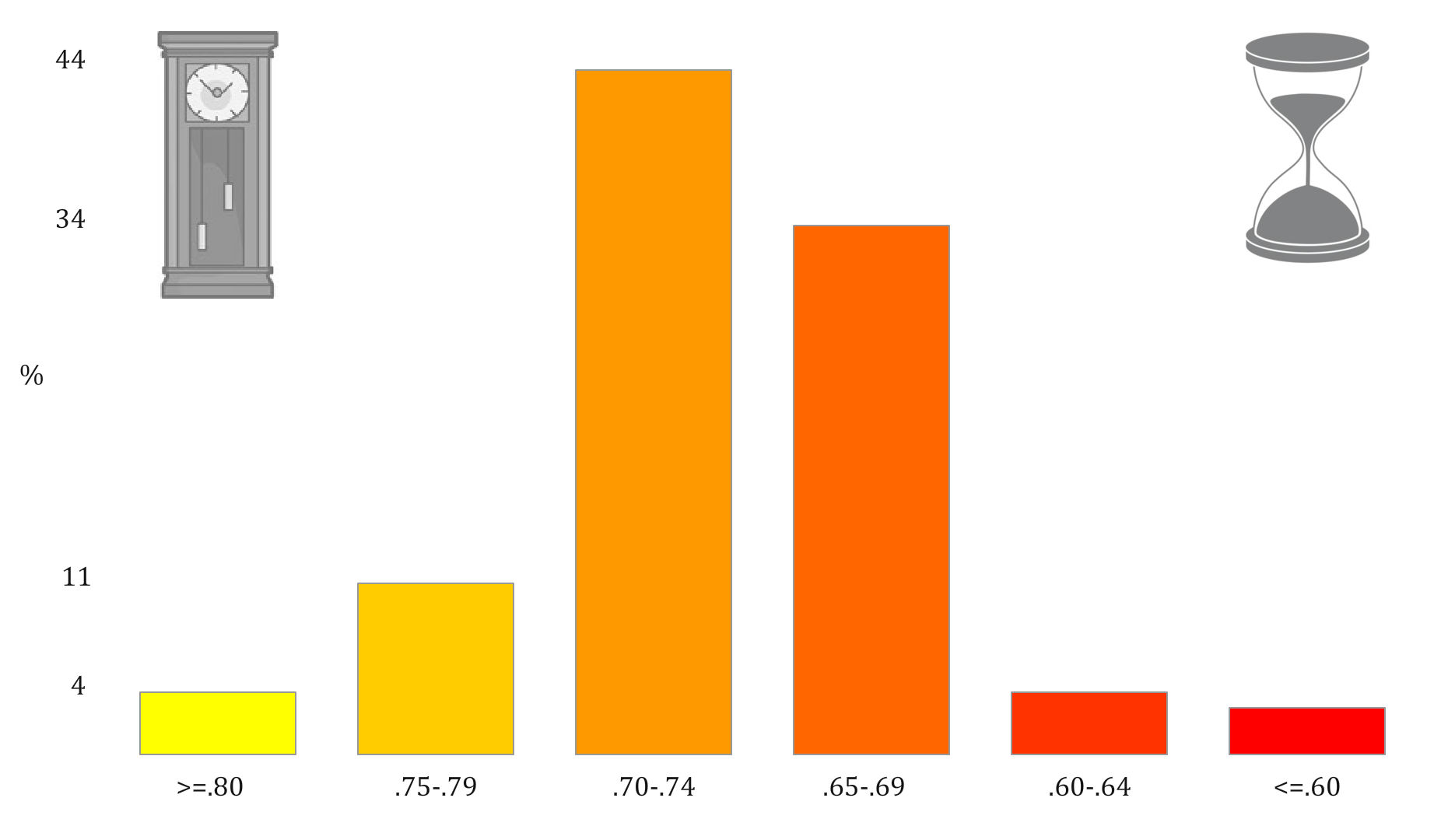